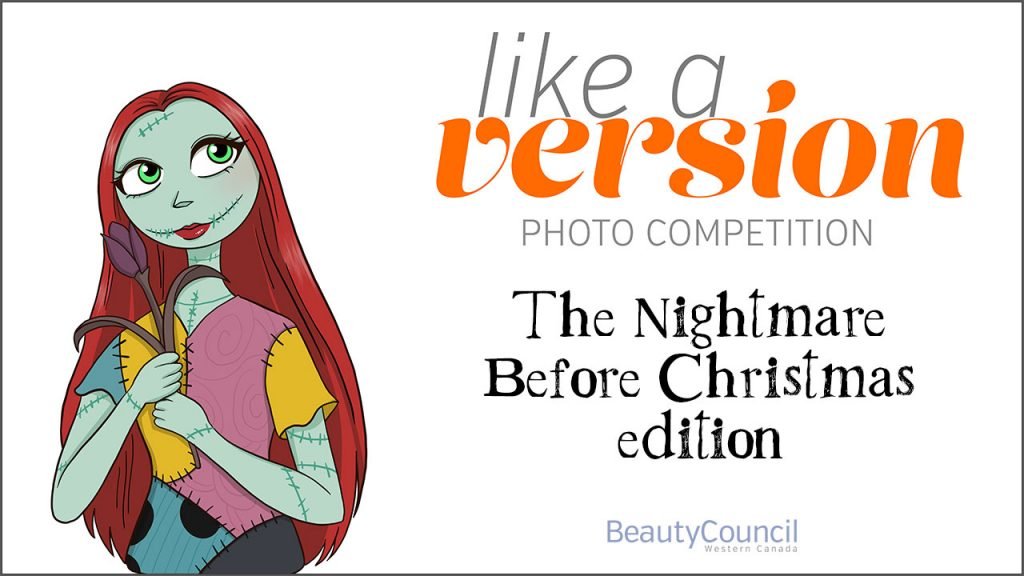 Vote on the entries right up to midnight, Christmas Eve

Create any character version from "A Nightmare Before Christmas"

Enter or vote for your fave on this page

Have questions about the rules? Tap here.

Meet the judges
Meet the sponsors
Upload your entry

Oh, imagine what you can create with this one. Dig into Tim Burton’s imaginative masterpiece, The Nightmare Before Christmas, and choose any character to make your own version of. Be creative. Do what you want. From a headshot of your own Sally to a handful of nails of each character, the sky is the limit. Enter today!

With over 10 years in the make-up profession, Amber Trudeau has made commercials, TV shows and Film her primary focus. She has designed for CBC’s On the Farm: A True Story, ABC’s Dead of Summer, Netflix’s Travelers Season 2-3, CW’s iZombie and The 100. Trudeau has been nominated multiple times for a Leo Awards, including a nomination for a the award winning, Canadian Feature Film, “Rabbit” but took home a win for iZombie. She has also designed her own skin illustrator palettes with Premier Products, developing the Amber Trudeau’s iZombie Palette with new colors that no one has ever seen before. Also the Ark palette for S7 of “The 100”. Amber is currently working on the new “Day of the Dead” T.V series for SYFY and excited to show All the creative makeups once it’s released.

Hairstylist to the stars. Charmaine has been a Hairstylist for over 25 years and an IATSI member for over 20 years. She has worked on or been head of the hair department for shows and films such as Van Helsing, Wu Assassins, Supernatural, Zoo, and Legion. She is presently the Key Hairstylist for the new yet to be released Day of the Dead. Her resume also boasts films like iRobot, Smallville, Continuum, and Stargate.

Ugly Duckling Master Educator Natasha was introduced to the nail industry in September of 2007. In 2011, Natasha completed her first Educator Training and in 2014, she re-certified as an Educator, receiving top honors in the class. An encouraging and talented educator, she has also been an avid competitor that has graced the cover of NAILPRO magazine, as well as being featured in both NAILPRO and Nails Magazine.

Krys started her lash career in 2016 after graduating from Coastal Bend College Cosmetology program. She started lashing in the back of a barbershop and is now the owner and senior lash artist of Rose Colored Collective Beauty Studio LLC, owner of From Ashes To Lashes and educator for Black Cat Lashes. With certifications in multiple lash services, features in Lash Inc and Lash Global magazines, a NALA lash artist of the year nomination, and trainings from multiple innovators in the lash industry Krys strives for excellence of her work in all aspects of her services and education. She is passionate about enhancing healthy lashes and sharing her knowledge and education with clients and lash artists alike!

Trish started her lash journey in July 2015 after being injured on the job as a veterinary technician. She traveled to San Fransico for classic training, returned home to Canada to practice, and taking a volume course in October 2015, and another in December 2015. Trish was obsessed with mega volume, and out of the box styling. She gained insight into the art after sticking strip Lashes to her client's cheeks for mapping and quickly realizing people loved the look. She took many lash courses, and some educators courses, becoming certified by Nala to teach, and then going on to be top 3 finalists for educator of the year. And now teaches American styling all over the globe and distributes Lashes, through her company, Black Cat Lashes.